Warning: Just because you go somewhere spectacular on a first date don’t assume that the date will also be spectacular.

Parc des Rapides is one of my favorite places in Montreal. It’s a bird sanctuary. You will find it as a tourist attraction in Lonely Planet, Fodors, Tripadvisor, Tourism Montreal, Montreal sites and attractions and so forth. Yet, few Montrealers know about this wonderful wild and peaceful oasis along the St. Lawrence Seaway. 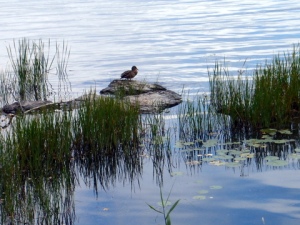 What makes it unique is the contrast of the rapids churning on one side and the reservoir of calm water that flows through the dam built by Hydro Quebec on the other side. 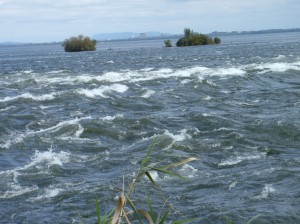 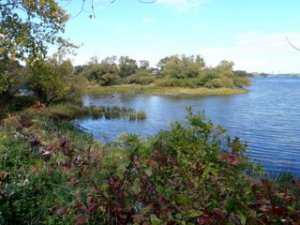 This park is one of my favorite meeting places with my friend and writing buddy, Thelma. Our walks usually end up with us chatting about our writing or the men we date. At the time I met Thelma, she was well into a paranormal romance novel, while I was writing a psychological crime novel. Our novels finished, drafted a zillion times and polished we are still looking for an agent or publisher and debate about going the self-publishing route. You have to understand that we do not embrace ebooks with the same enthusiasm as those in their twenties or thirties. We’re barely half way over the stigma hurdle of self-publishing.

Because Thelma was leaving for a trip to Italy in a few days, I asked her to join me at the park for my photographs of this post of great first dates.

“I’ve taken over a dozen men here on a first date,” she told me. “It’s a much more natural environment than having to sit across someone in a noisy coffee shop examining how his nose is too big,  his teeth too crooked, or OMG he put six packs of sugar in his coffee!”

As I clicked away, sorry that I didn’t have a powerful lens to photograph the huge turtles lying on a rock or the cormorants in the middle of the seaway, I listened to her first date tales. 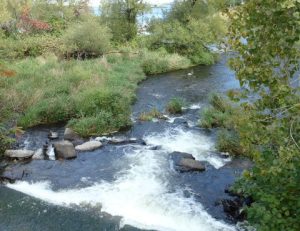 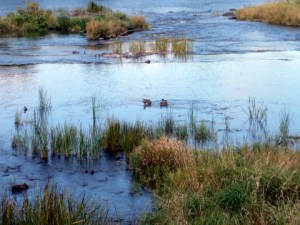 “Not one of them,” she claimed, “Turned into a second date.”

I mentally made a list of reasons why she’d rejected them.

He threw his Kleenex on the ground. “Hey,” she told him, “You’re polluting my environment.” His reply: They’ve got somebody to pick it up.

On another date, at dusk she and her date were walking along the rose-bush path. There was no one around when he told her, “You know I could take you right here.”

Then she had the date where a flock of birds flew by and her date said “God, I wish I’d have brought along my gun. I love shooting birds for sport.” 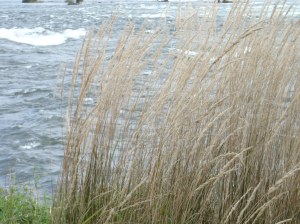 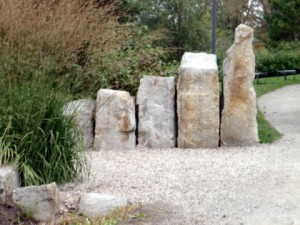 In spite of these first date disappointments, this park is a wonderful place to get to know someone. Is he a nature lover? Does the quietness bother him? You get to know someone much quicker by walking in nature than you do among a crowd coming and going talking on their cells. Not to say that being in nature is a guarantee that a fellow will turn off his cell phone. There’s nothing more annoying and disrespectful than having a date constantly pulling aside to take a call. Worse still, to make one.

It was late September and there weren’t any rafters, but if you go there in the summer time you’re likely to see this: