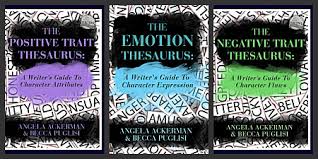 26 thoughts on “Protagonist or Antagonist: Who to Introduce First”