Born in 1943 in New York, Louise Glück who lives in Massachusetts and is also a professor of English at Yale University, is this years recipient of the Nobel Prize for literature.

Glück was recognised for “her unmistakable poetic voice, that with austere beauty makes individual existence universal” said the Swedish Academy, which oversees the award.

Her poetry focuses on the painful reality of being human and pens down poems around themes such as death, childhood, and family life. (Nithya Nair)

A former U.S. poet laureate, Glück had already received virtually every honour possible for a poet, including the Pulitzer Prize in 1993 for “The Wild Iris”

The book is a collection of 54 poems on the subject of gardening in which Louise Glück gives the flowers voices as they pass though their different stages. She also writes about the person tending the garden and the Almighty supervisor.

At the end of my suffering
there was a door.

Hear me out: that which you call death
I remember.

Overhead, noises, branches of the pine shifting.
Then nothing. The weak sun
flickered over the dry surface.

It is terrible to survive
as consciousness
buried in the dark earth.

Then it was over: that which you fear, being
a soul and unable
to speak, ending abruptly, the stiff earth
bending a little. And what I took to be
birds darting in low shrubs.

You who do not remember
passage from the other world
I tell you I could speak again: whatever
returns from oblivion returns
to find a voice:

from the center of my life came
a great fountain, deep blue
shadows on azure seawater.

For a writer, Louise Gluck’s poetry is an example of the efficacy of writing.

In an article for the Atlantic titled The Many Beginnings of Louise Glück , Walt Hunter cites the openings of two poems and clearly explains why these lines are perfect:

“Illuminations,” a poem about a child learning language by looking outside at the snow-covered world, starts with the line

My son squats in the snow in his blue snowsuit.

A man and woman lie on a white bed.

These two images are remarkable not for their strangeness or novelty, but rather for their ordinariness and familiarity, and for their emergence from a kind of psychological family album. These single lines feel impossible to edit or to make more precise: Each has a figure (child, couple), an orientation (squatting, lying down), a place (snow, bed), and a single color (white bed, blue snowsuit). The simplicity of these images suggest exquisite craft and revision.

Because of the pandemic the Nobel Prize ceremony, normally held in Sweden in December, will be held in 2021.

Olga Tokarczuk is the recipient of the 2018-2019 Nobel Prize for Literature. Although this prize is awarded to Olga Tokarczuk in 2019, she is actually the 2018 nomination. The prize was held over because of sexual abuse and financial scandals which led to a series of resignations in the Swedish Academy.  She is the fifteenth and second Polish writer to win this prestigious prize.

Ms. Tokarczuk is no stranger to receiving prizes for her literary works. In 2008 her novel Flights won the Nike award, Poland’s top literary award. In 2018 Flights took the Man Booker Prize for its translation into English by Jennifer Croft.

Tokarczuk’s work focuses on peace, democracy and activism. In an interview with Claire Armitstead in The Guardian, Tokarczuk had this to say about a two-year book deal on detective stories:

But just writing a book to know who is the killer is wasting paper and time, so I decided to put into it animal rights and a story of dissenting citizens who realise that the law is immoral and see how far can they can go with saying no to it.”

In a fascinating interview with Adam Smith – Chief Scientific Officer of Nobel Media – Olga Tokarczuk speaks of the 2018 Nobel Prize in Literature as a symbol of hope for those worried about the ‘Crisis in democracy’ she sees facing central Europe.

For more on Female Nobel Laureates for Literature please visit my series.

END_OF_DOCUMENT_TOKEN_TO_BE_REPLACED

The Swedish writer Selma Lagerlöf was the first female writer to win the Nobel Prize in Literature (1909).

The SwedishAcademy awarded her the prize in appreciation of the lofty idealism, her vivid imagination and spiritual perception that characterize her writings.

Lagerlöf is most widely known for her children’s book The Wonderful Adventures of Nils. 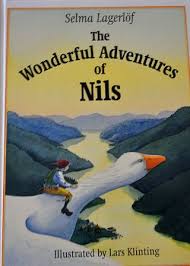 The book, intended as a geography primer for elementary schools, became a classic in children’s literature and was translated in several languages.  You can click here for a comprehensive description of The Wonderful Adventures of Nils, written by  Elysa Faith Ng,  an eleven year old child.

END_OF_DOCUMENT_TOKEN_TO_BE_REPLACED 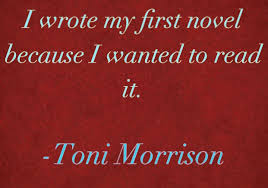 Toni Morrison’s first novel,The Bluest Eye was her effort to depict racial self-loathing and to question the standards of beauty in America.

In an afterword of the 1999 edition of The Bluest Eye Morrison states that “…even the casual racial contempt can cause devastation.”

Award winning editor and writer Dorothy Allison wrote of  Morrison’s talent in handling the narrator, Claudia, of The Bluest Eye:

“It was the storyteller, Claudia, who looked at the world with unflinching honesty, the beauty, and the ugliness alike. I understood her the way she raked her own soul, holding herself responsible for sins she should  never have thought hers.”

END_OF_DOCUMENT_TOKEN_TO_BE_REPLACED END_OF_DOCUMENT_TOKEN_TO_BE_REPLACED

Although Pearl S. Buck was born in America, she spent the first forty years of her life living in China.

Her novel The Good Earth, which was instrumental in her winning the Nobel Prize for Literature in 1938, was chosen as an Oprah book club selection.

Reading Pearl Buck’s writing feels like reading poetry to me. I just love the quiet rhythm of the words. They evoke the simple beauty of the characters and the harsh mystery of China’s ancient culture. —Oprah

END_OF_DOCUMENT_TOKEN_TO_BE_REPLACED

“The Piano Teacher” – a novel of lust and domination written in the biting style that, in the Swedish Academy’s description, reveals “the absurdity of society’s clichés and their subjugating power” – was No. 1,163,804 on Amazon.com’s sales rankings early Thursday, according to The Associated Press. By Friday, it had climbed to No. 9.

Oh, what a Nobel  Prize will do to your sales!

Austrian novelist and playwright Elfriede Jelinek was awarded the 2004 Nobel Prize for Literature.