In my early twenties, fresh out of university with a B.A. in English literature, I was lured to London where I spent the summer in the Bloomsbury District doing research at the British Museum Library in the mornings and in the afternoons I explored the city.

A favorite thing to do was to visit the homes of the great poets and writers who had lived in London. One such home was that of the poet John Keats, a great figure of the British romantic poets.

Fast-forward – almost fifty years – and I am in Rome where I stumble upon the Keats – Shelly Memorial House right next to the Piazza di Spagna.

Keats had travelled to Rome hoping that the warmer climate would cure his tuberculosis and that the view of the Piazza di Spagna from his room would uplift him.

But, at only 25, the uplifting view and the warmer climate were not enough and he died in this bed 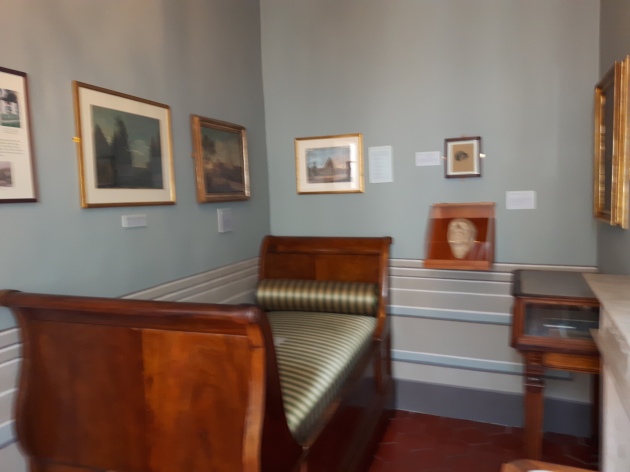 and left behind a legacy of great poetry which two hundred years later is still being honored and read. One of my favorite lines comes from his Ode on a Grecian Urn.